As the second-placed qualifier, Gruber had to win two races before highest qualifier Nicolas Parlier [FRA] won one in order to fulfil his gold medal dream.

In a tight first race, the German edged past Parlier at speeds of around 50 kilometres per hour to keep himself in contention, with just six seconds separating first and fourth place.

In the second, Parlier missed a mark and had to tack back, leaving the race open for the German to speed past and claim a sensational victory. 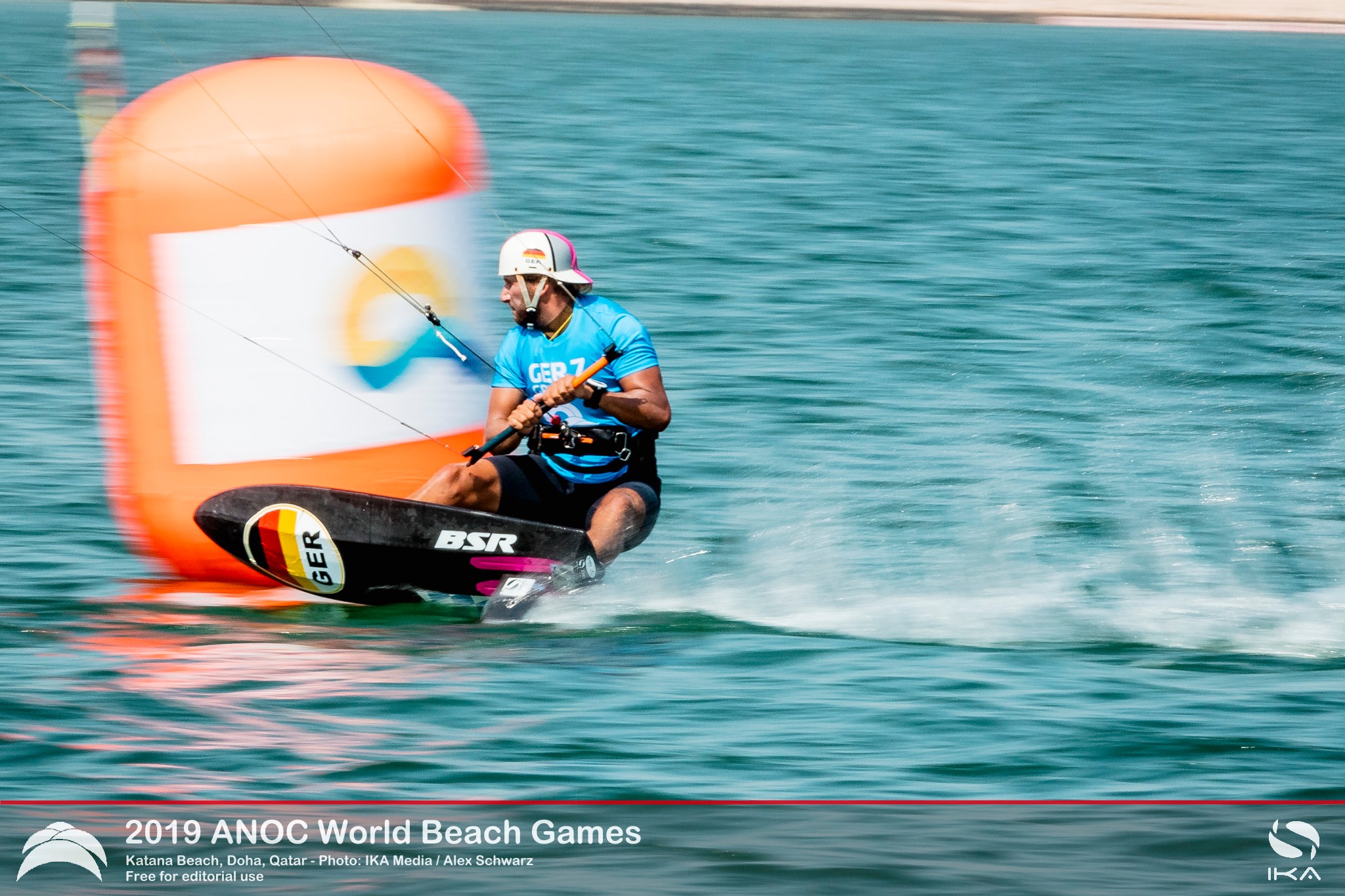 Speaking after his win, Gruber said, â€śI wouldnâ€™t believe it if someone had told me before the race. Nico had a really good regatta and I had also some really good races so we were battling a lot, and then to start with a win in the final, we were tied, so it was all for the last race.

â€śI just had a good start and I think almost a perfect race, no single mistake, and it was nice to have a close fight until the last round.â€ť

He added that the windy conditions at Katara Beach, pushing highs of 11 knots today, also helped.

â€śIt was my conditions today. I really liked it and I had a really good feeling. I train quite often with the 21 square metre kite. It was a bit shifty and patchy out there and in Bavaria on the lakes [where I train] I have these conditions, so I think it was good for me.â€ť

Meanwhile Parlier admitted he had hoped for better in the final after a stunning week of racing. 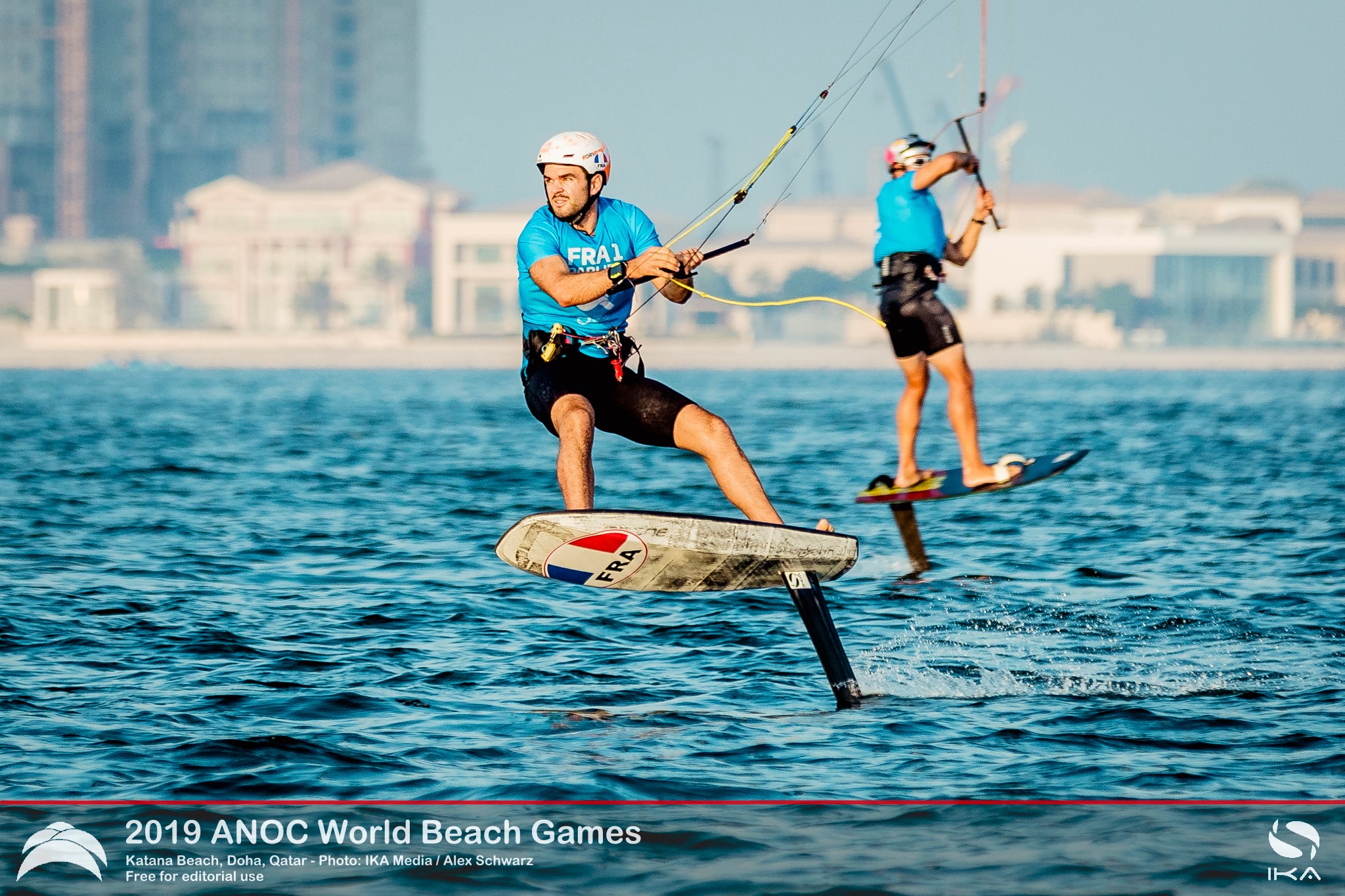 The Frenchman outperformed Gruber throughout the opening series races, taking four bullets and a second place to the Germanâ€™s one bullet, two second and one third places, but nonetheless said he was pleased with his result.

â€śOn a shorter course that is only six minutes long, itâ€™s hard to come back if you make one mistakeâ€ť he commented. â€śBut Florian did really good racing and had two good races so Iâ€™m pleased for him.

â€śI did what I could and Iâ€™m happy to finish second.â€ť

Guy Bridge came in third in both races to collect the first medal for Great Britain at Qatar 2019, while in fourth was Alexander Bachev (BUL), who made it into the final via a controversial semi-final decider which came down to jury decision after the Bulgarian protested the initial result. 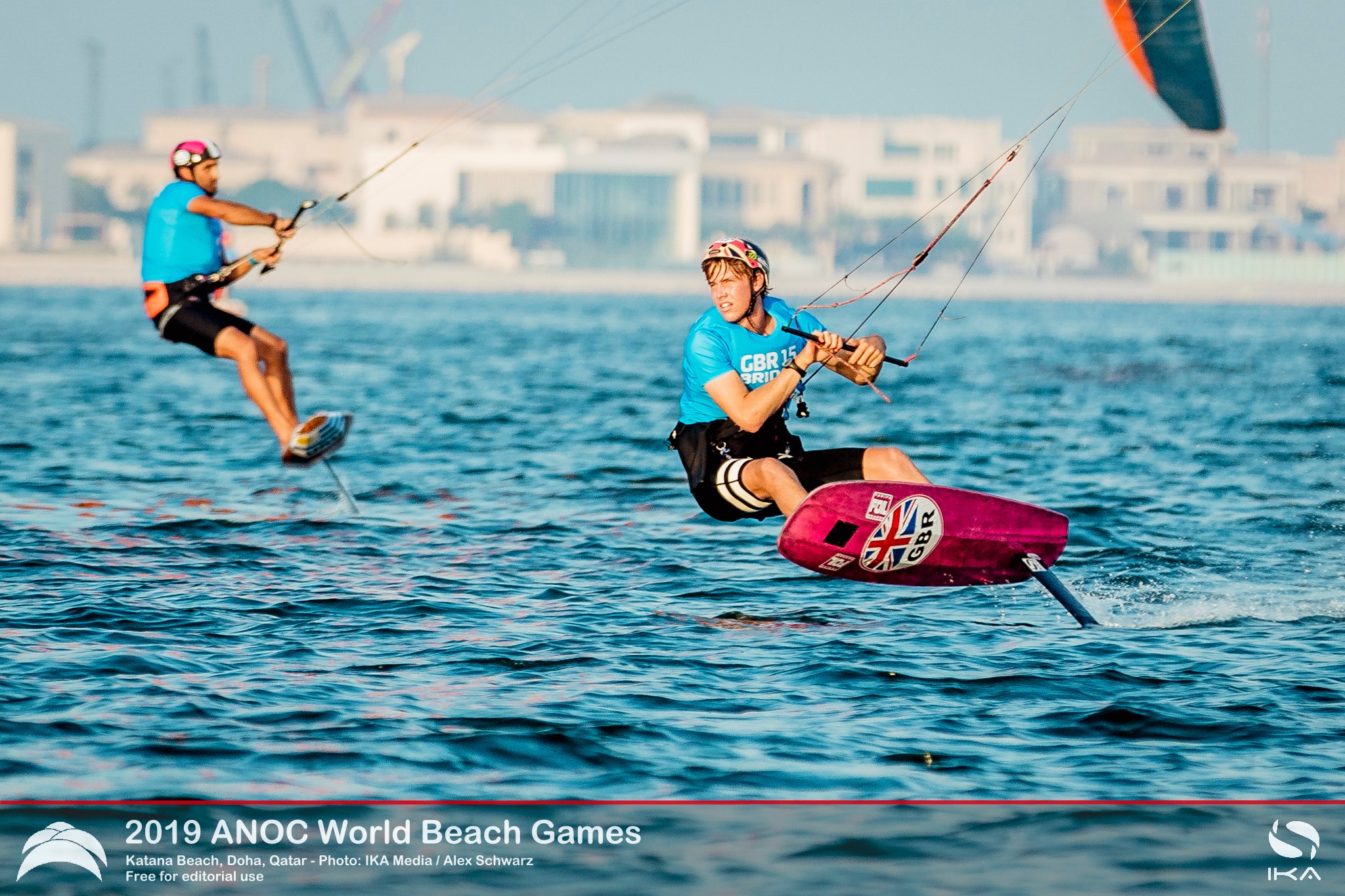 New Zealander Sam Bullock, who crossed the finish line first, was disqualified for crossing Bachev on the first starboard tack.

Bachev was thrilled with the result, despite missing out on a medal.

â€śIâ€™m elated,â€™ he said. â€śIt felt so good to be in the final with the rest of the guys. The conditions were tricky, I barely made it through the semi-finals, but Iâ€™m super happy to have raced in the finals and it was really great fun.â€ť