After a stop-start week of competition, on finals’ day there was no holding back for American Daniela Moroz, who stormed to victory in the women’s Kitefoil Racing.

The four-time and defending Formula Kite world champion dominated all three days of competition at the ANOC World Beach Games Qatar 2019, winning five of seven opening series races earlier in the week to enter the final as the highest qualifier.

This meant she only needed to win one race to grab the gold, which she did in style, leading from the outset to romp to victory over second-placed Julia Damasiewicz (POL). 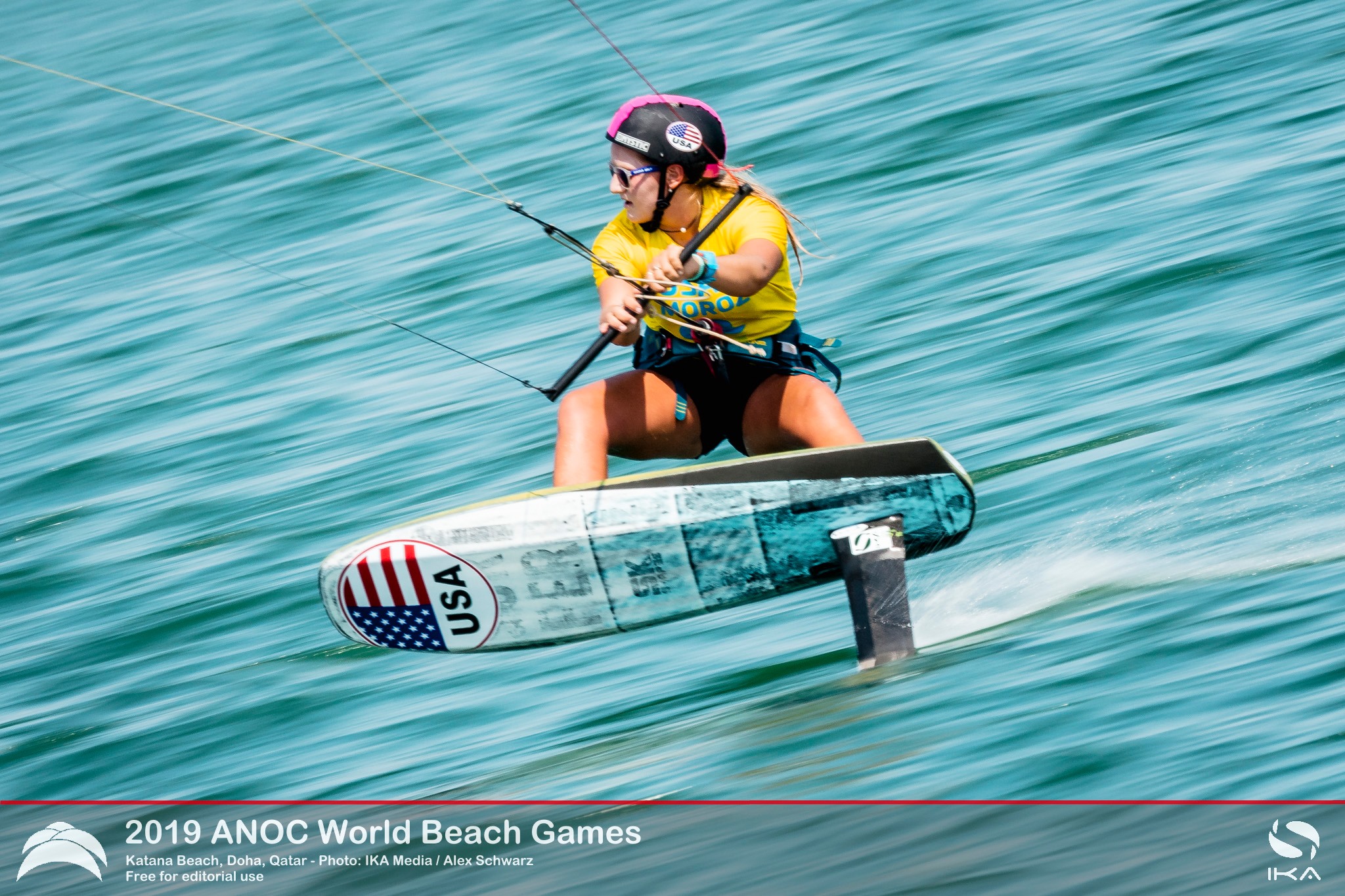 “I knew I wanted to go right next to the boat, so I did that really well, and then we had a really big [wind] shift just before the start, so I think I read into that really well and played it off well,” Moroz said after her win.

“I’ve won pretty much every title I can get this year which was my goal for the year so I’m really happy with that and it feels awesome. It’s been a really good year, probably the best of my career so far.”

Damasiewicz was not disappointed with her showing, coming from behind in the final to overtake semi-final qualifiers Elena Kalinina (RUS) and Breiana Whitehead (AUS) and bag Poland its first medal at the Qatar 2019 Games. 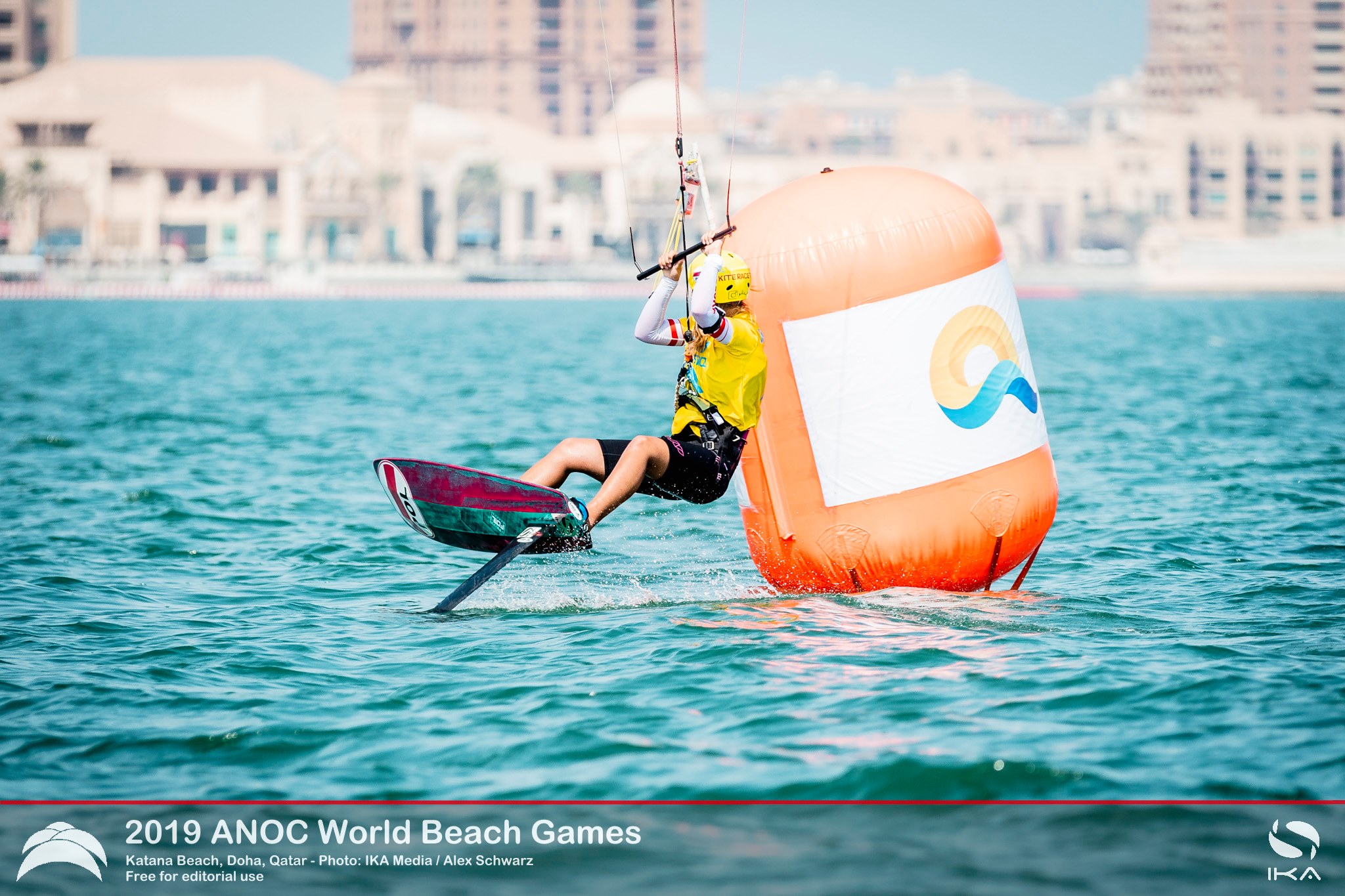 She said, “Now I’m so happy not really about this second place but about the fact I am closer to Daniela. I am a fan of her and I want to catch her someday. So that’s an amazing feeling, to be so close.”

Despite a difficult week, with several delayed and rescheduled races, and the eighth planned opening series race cancelled due to low winds, Moroz was delighted with her experience at the Games.

“I just think that I’m out having fun for just another session in the afternoon with a bunch of my friends,” she said, when asked how she copes with changes to the schedule. “We might have to wait, but in the end we’re just having fun.”

Tomorrow (16 October), the men will take to their foils for the semi-finals. With Frenchman Nicolas Parlier and Florian Gruber of Germany already through, the 12 highest qualifying competitors from the opening series races will battle it out for two remaining places in the final. 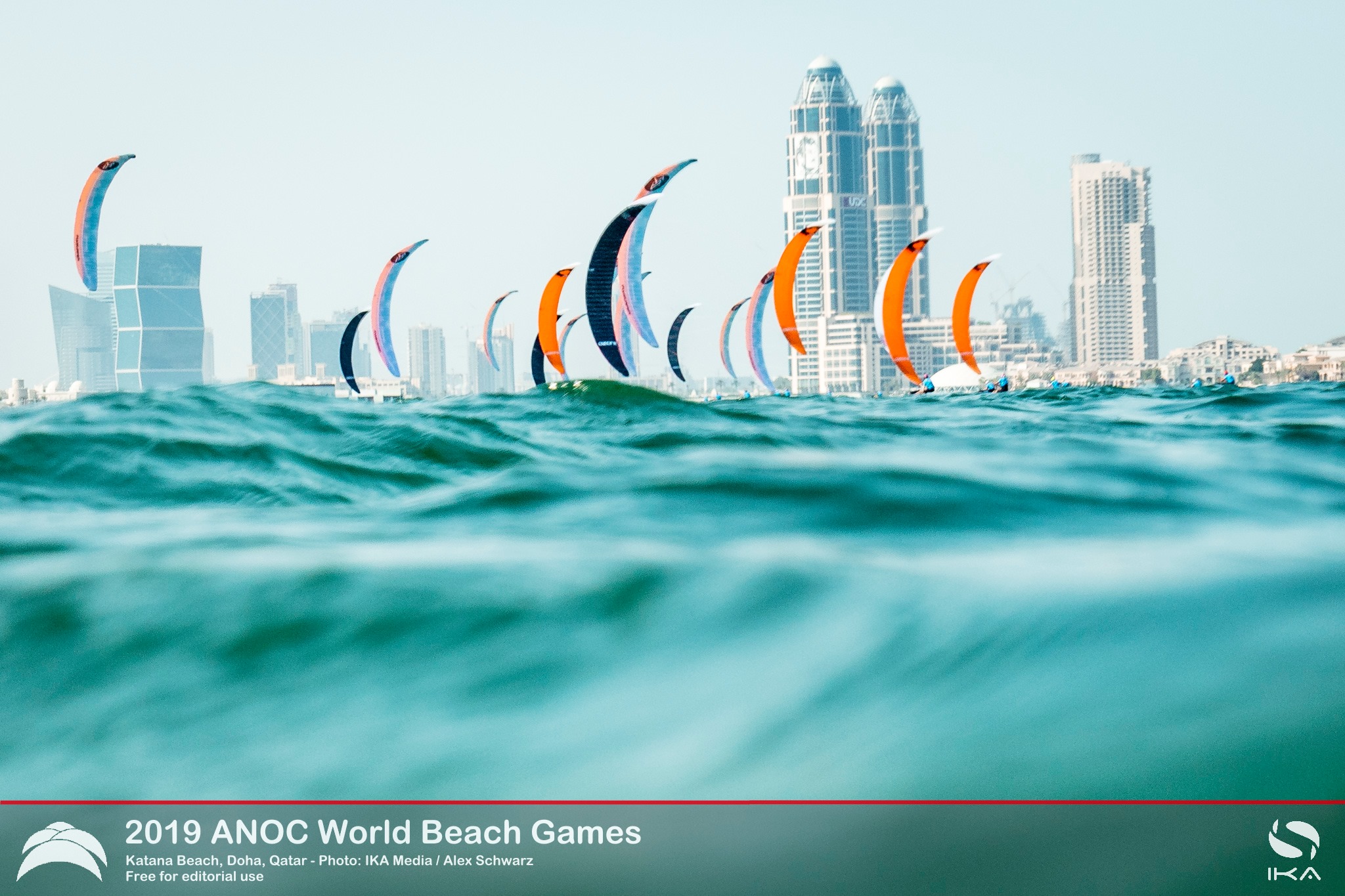 Guy Bridge (GBR) will be looking to top semi-final group A after both his mother, Steph, and brother, Oliver, failed to make it to the finals, while Brazilian Bruno Lobo will be seeking redemption in group B after he fell from first to third in the dying moments of the seventh and last race yesterday (14 October) after hitting a jellyfish.