The wafer-thin margins separating the top of the order at the Formula Kite European Championships being bitterly fought out on the Italian resort island of Sardinia leave the contest poised on a knife-edge going into the final fifth day of super-charged racing.

Just one point separates the top three after the penultimate day of racing on the Gulf of Oristano, when the top-ranked men finally faced off in the first battles of the two-day finals’ series in enthralling action in 16kts to 19kts breezes under crystal-clear skies.

But Slovenia’s Toni Vodisek, 19, finally moved to the top of the leaderboard with a scintillating bullet in his day’s final fifth race, a gripping fight with France’s Théo de Ramecourt who harried his rival on the rhomboid windward-leeward track. 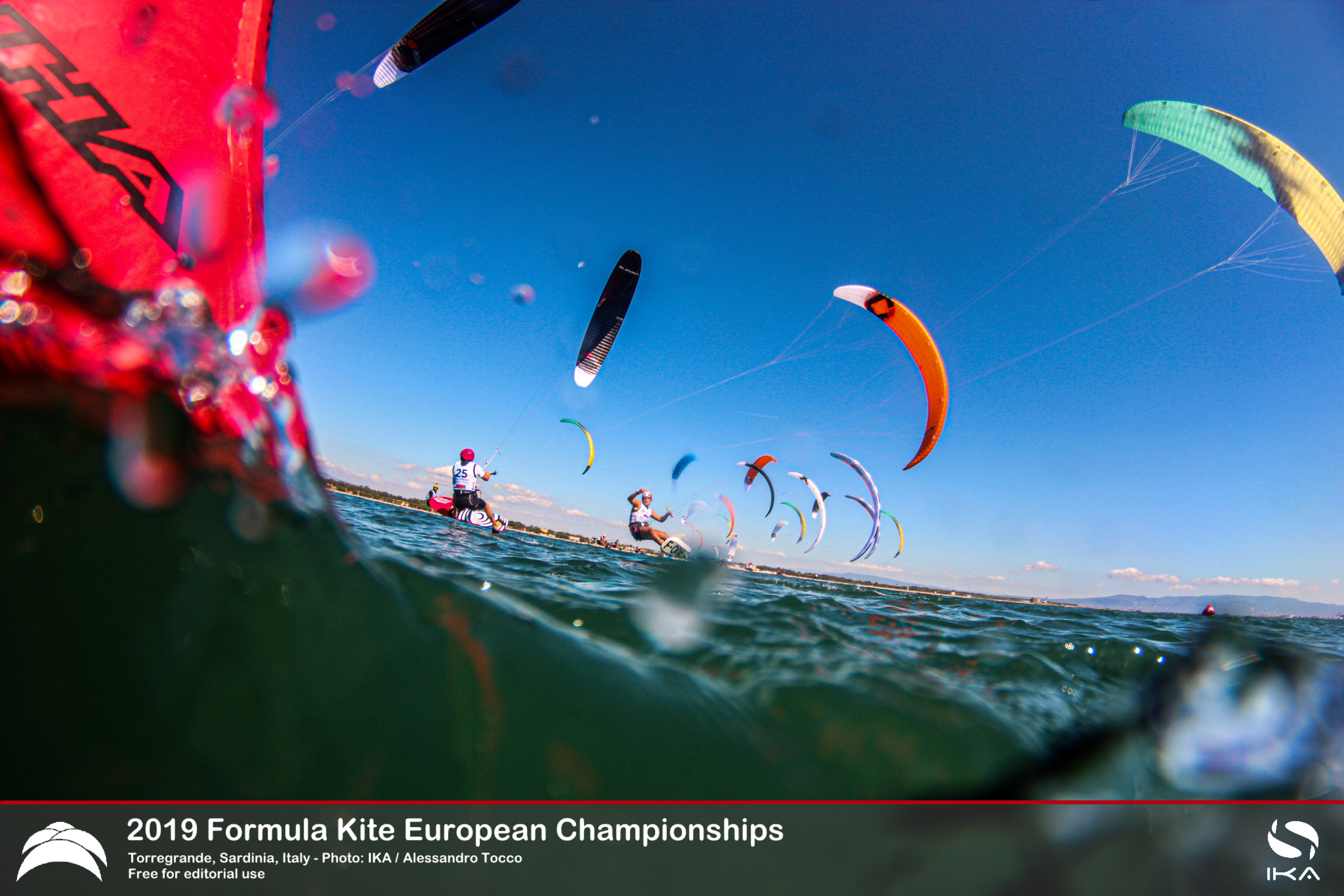 De Ramecourt, who finished with a bullet and a trio of thirds, had been passed by Vodisek on the first downwind leg. But the Frenchman hunted down the teenager all the way around the course, matching tacks and gybes, only to crash on a flat-out drag race to the finish.

Overnight leader, France’s Axel Mazella slipped to third spot overall after posting a remarkably consistent run of four seconds. He is equal on points with fellow countryman De Ramecourt and both are just one point behind Vodisek with all to play for.

In the 30-strong women’s fleet the US’s reigning Formula Kite world champion, Daniela Moroz, continued her rampaging run with an almost perfect score of 14 bullets from 15 races over the three days of the individual International Kiteboarding Association (IKA) Europeans at Torregrande, sponsored by Region of Sardinia and the Sardinia Foundation. 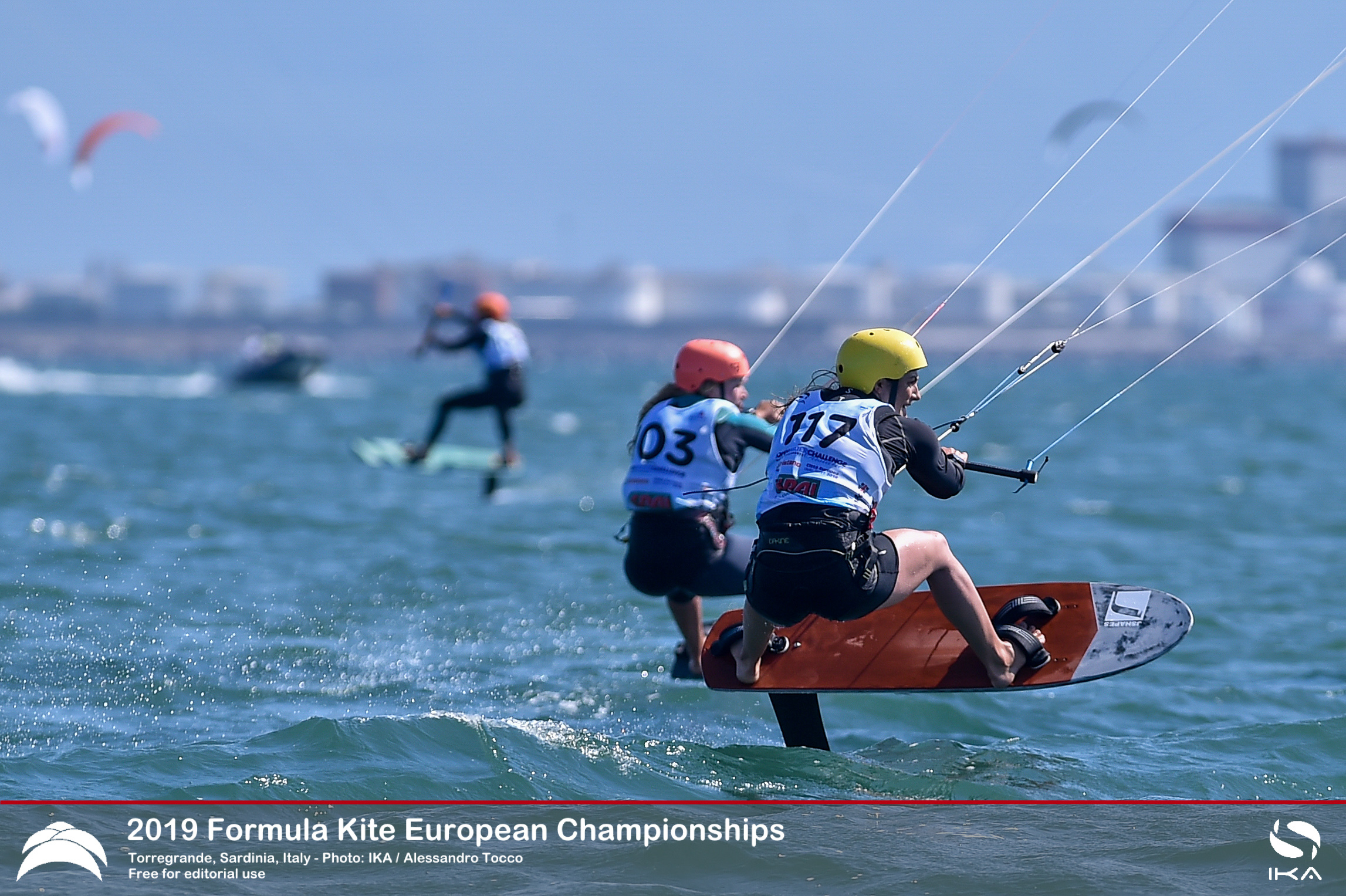 Just behind her the battle for podium spots intensified, though Britain’s Ellie Aldridge tightened her grip on second overall with a trio of second spots that give her breathing space over the chasing Breiana Whitehead (AUS), third on the leaderboard after a slightly mixed day in the shifty breezes.

“I really struggled with the upwind legs,” said Aldridge. “The races I really messed up most were because of the first beat. My positioning on the start line was the problem. I didn’t pay enough attention to that. It didn’t help that the breeze came down on the line in a  different direction every 30 seconds. It was a whacky day.”

The leading pack were hotly pursued by Poland’s Julia Damasiewicz, 14, who snatched a remarkable pair of seconds and a third in the tricky, but scorchingly-quick conditions, against more seasoned rivals. 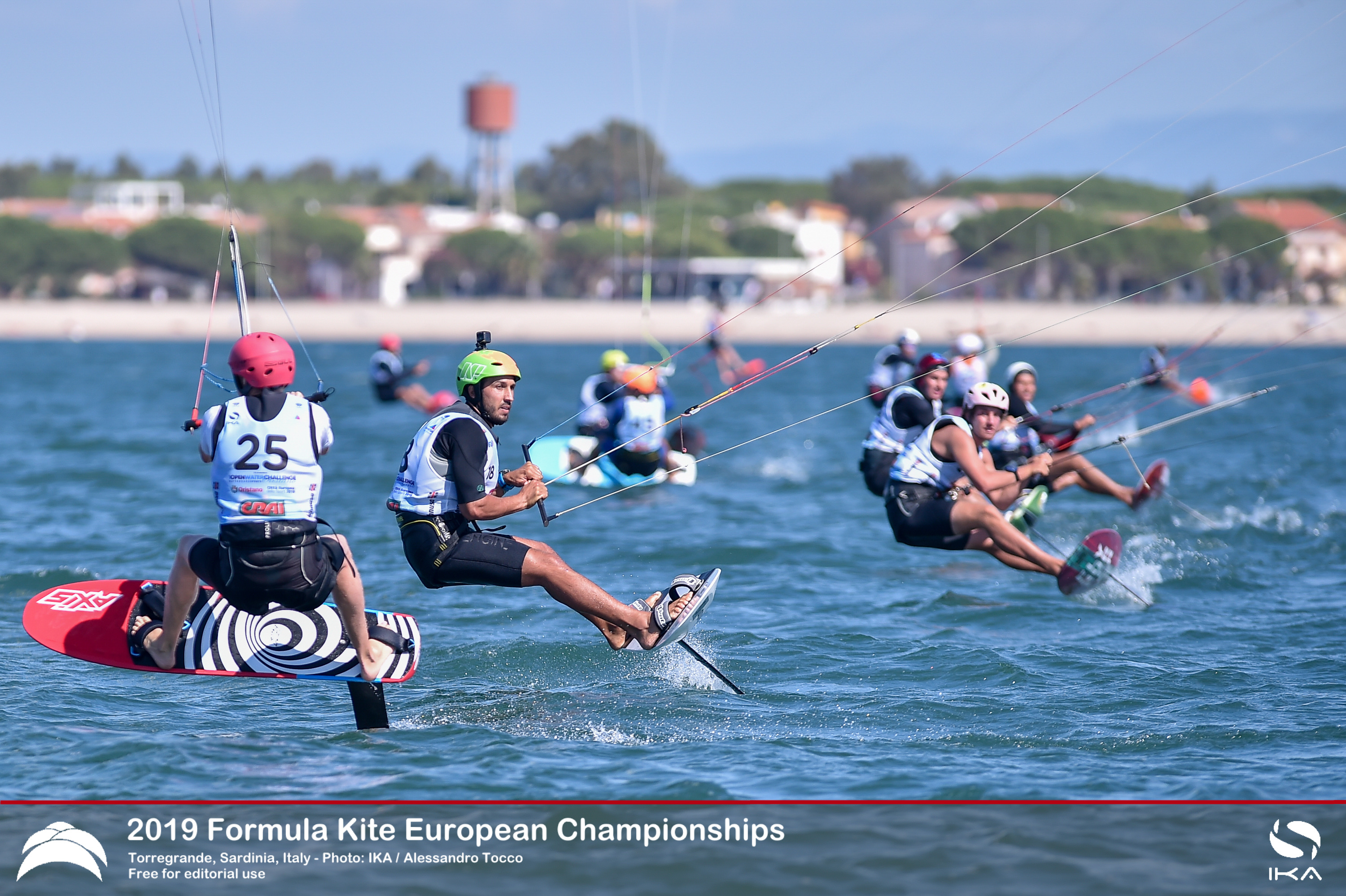 “It was a fantastic day,” said Damasiewicz, coming ashore after her last race. “To be honest, I’m pretty surprised. I was on my 15m kite, like most of the others, but was a bit overpowered. Perhaps that’s why it worked. I still can’t quite believe it. I’m really pleased.”

Similarly, Vodisek was happy to go top thanks to three hard-fought bullets after a slightly slow opening to his quest for the European championship crown and an epic day-long struggle with De Ramecourt.

“That was a good fight,” said Vodisek. “Near the finish when he [De Ramecourt] crashed, we were right on the limit. We were pushing really hard. I think if he hadn’t crashed, I might have done. It was a tough day. I made a lot of mistakes, but I’m slowly getting rid of them.” 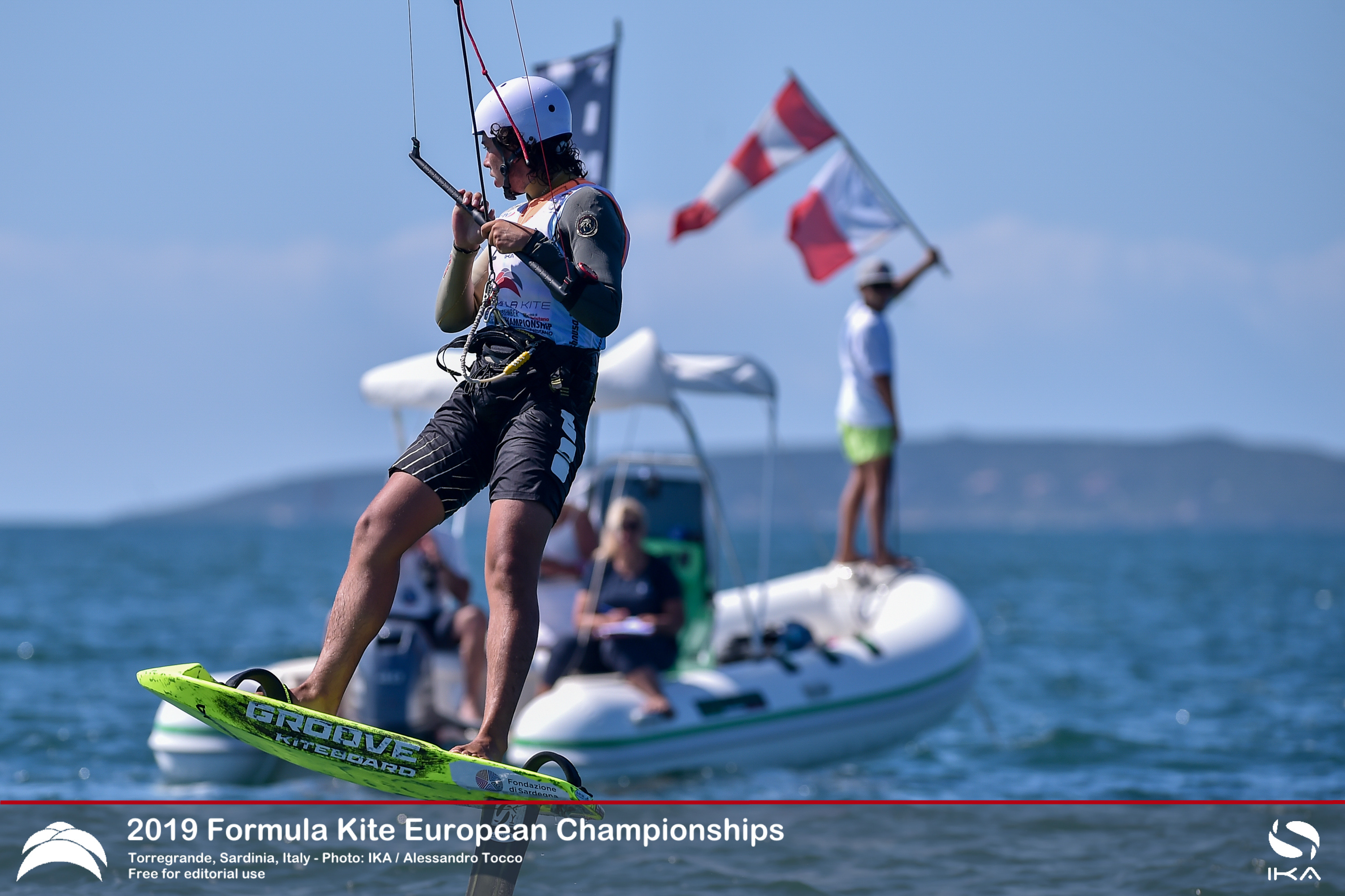 Just behind the duelling rivals on the leaderboard, Mazella is still very much in the hunt for the top podium step, well aware that any slip by either will be enough tro give him the edge and allow him capitalise.

“It’s a very, very tight field,” said Mazella. “Toni Vodisek was fast, but he made some mistakes and crashed. I’m on the same points as Théo de Ramecourt. So I’m going to focus on the racing and we’ll see what happens on the last day.”